Toowoomba writer Sandy Pottinger has written a super informative review in the Chronicle paper, of Johns current show. Thanks Sandy

Art that makes you think, that rattles the cage of complacency, art that hauls elegant order from the spontaneity of scribble, a variety of explorations that lurk beneath and enigmatic title, and succulent painterly surfaces that pay homage to memory are all part of the current crop of local exhibitions.

RAYGUN, 249 Margaret St, is hosting “Mediterranean,” consisting of two video works by John Conomos, a Greek-Australian academic, artist, and writer based in Sydney. Each film features the sea either as metaphor or an anonymous, seething space that links the islands we inhabit. In “The Absent Sea” the artist/author sits on a park bench while a voice-over articulates memory as the passage of time through a “sea” of history from ancestral roots in Kythera, the hybridity of post colonial Australia, and cultural and societal ambiguities, to a philosophy that underpins a set of values that reflects survival in the face of compromise.

The second video, “Sea-Na-Ma” has the artist emerging from the sea, a looming latter-day Poseidon, god of the sea, his trident replaced by a Greek shepherd’s crook. The halcyon potential, however, is challenged by reality: the backdrop of the city skyline, the thrusting towers of industry and the culture of capitalism. These filmic essays are autobiographical performances that touch on universal themes as they traverse inter-disciplinary art forms. 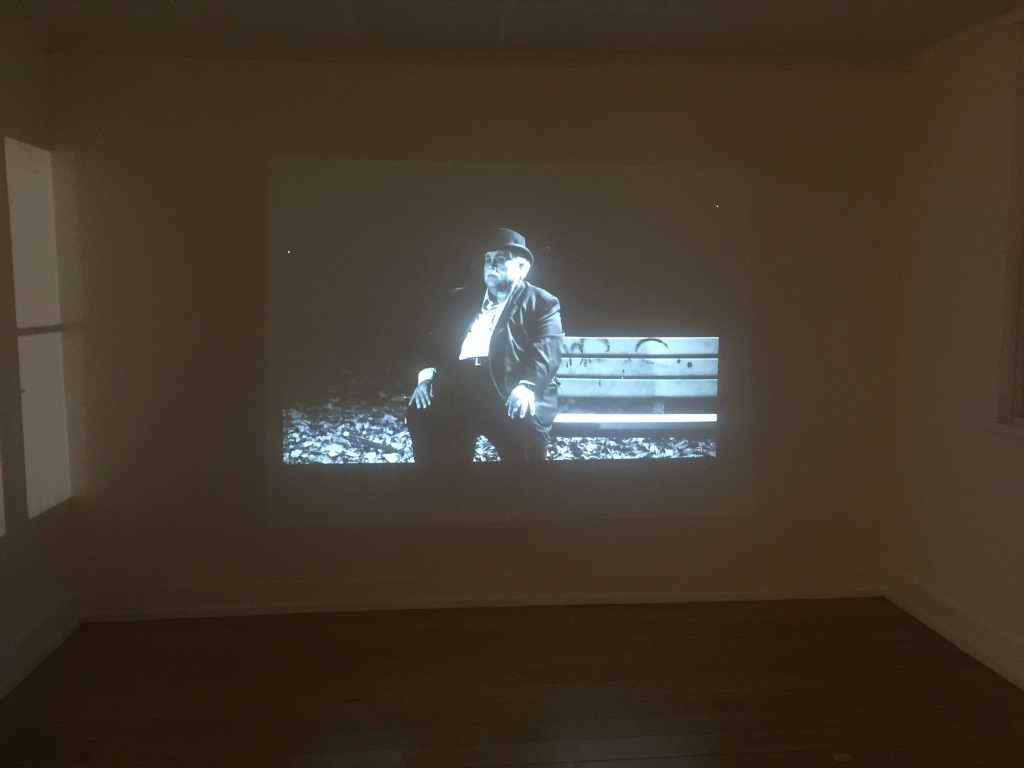